Market the charming, characterful small city of Norwich as a tourist destination.

Every brand needs a point of real difference: something it can own, which captures the imagination and rings true. It’s not always easy to find. But when Spring was briefed to market Norwich as a tourist destination, we knew from the off what the brand hook is.

Norwich’s literary credentials are well-established as the only UNESCO City of Literature in England. UEA’s creative writing course is admired the world over. Norwich and its surroundings have spawned very many well known writers. The Writers Centre now nurtures and publicises city literature. Stories are the very lifeblood of this lovely city.

And of course, stories are the perfect vehicle with which to share Norwich’s delights with a new audience. Spring’s City Of Stories campaign unfolded in 12 chapters over three months, with tales from the city told in different formats, each and every one celebrating Norwich’s character and many distractions.

Backed by extensive social media deployment, City of Stories shared stories old and new over the three-month campaign online and in the real world. Residents and visitors were invited to ‘Live the Story’ by participating in live events in and around the city, while those on the trail of an original tale could visit venues around Norwich to collect drinks mats and bookmarks featuring original short fiction.

The campaign enjoyed fantastic engagement levels; our social media reached over 750,000 people, with fans growing from none to nearly 10,000 over the campaign period. Fans have grown by a further 25% since the campaign ended
under the care of VisitNorwich.

A survey revealed that the campaign inspired 73% of respondents to visit – 23% of whom hadn’t been before. 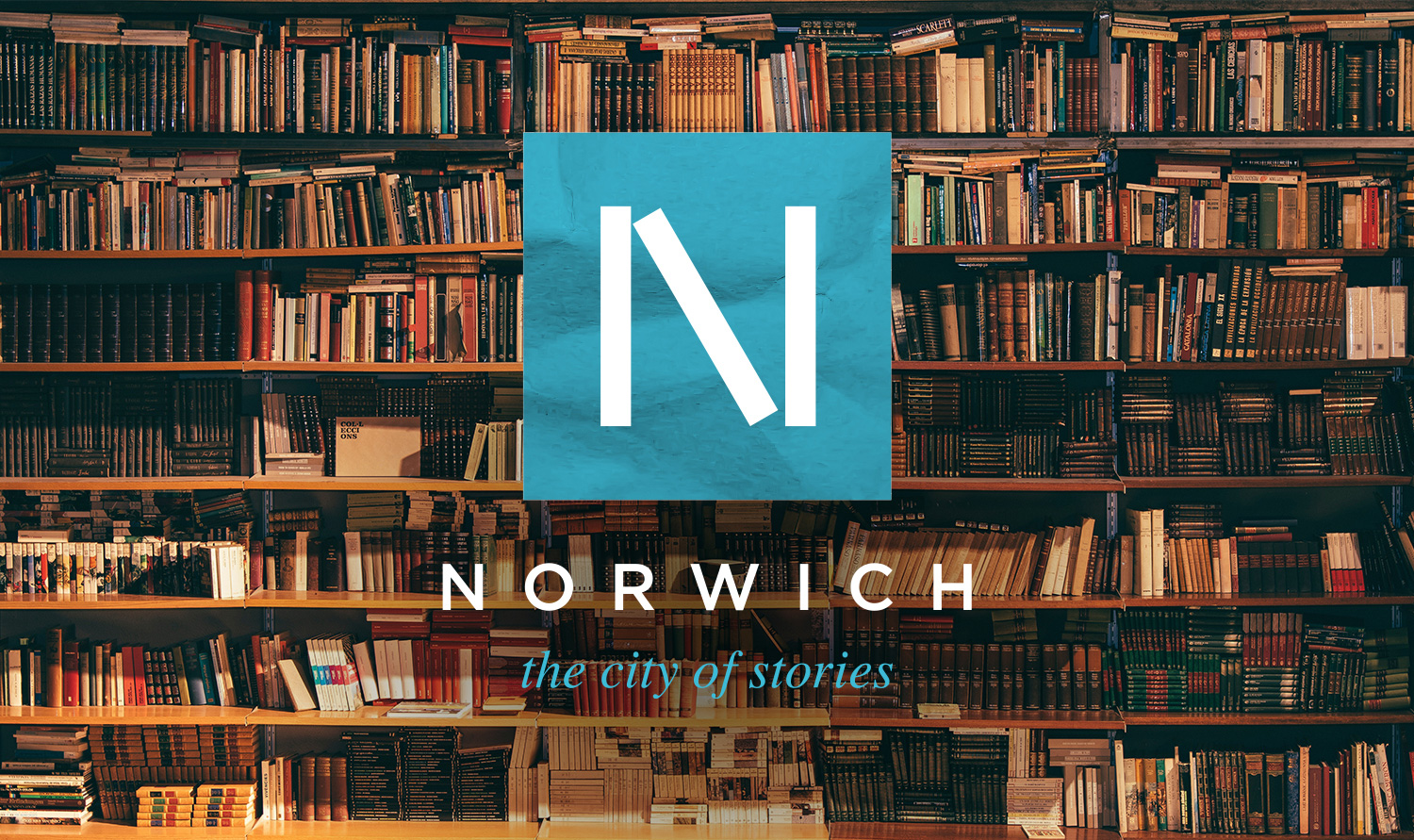 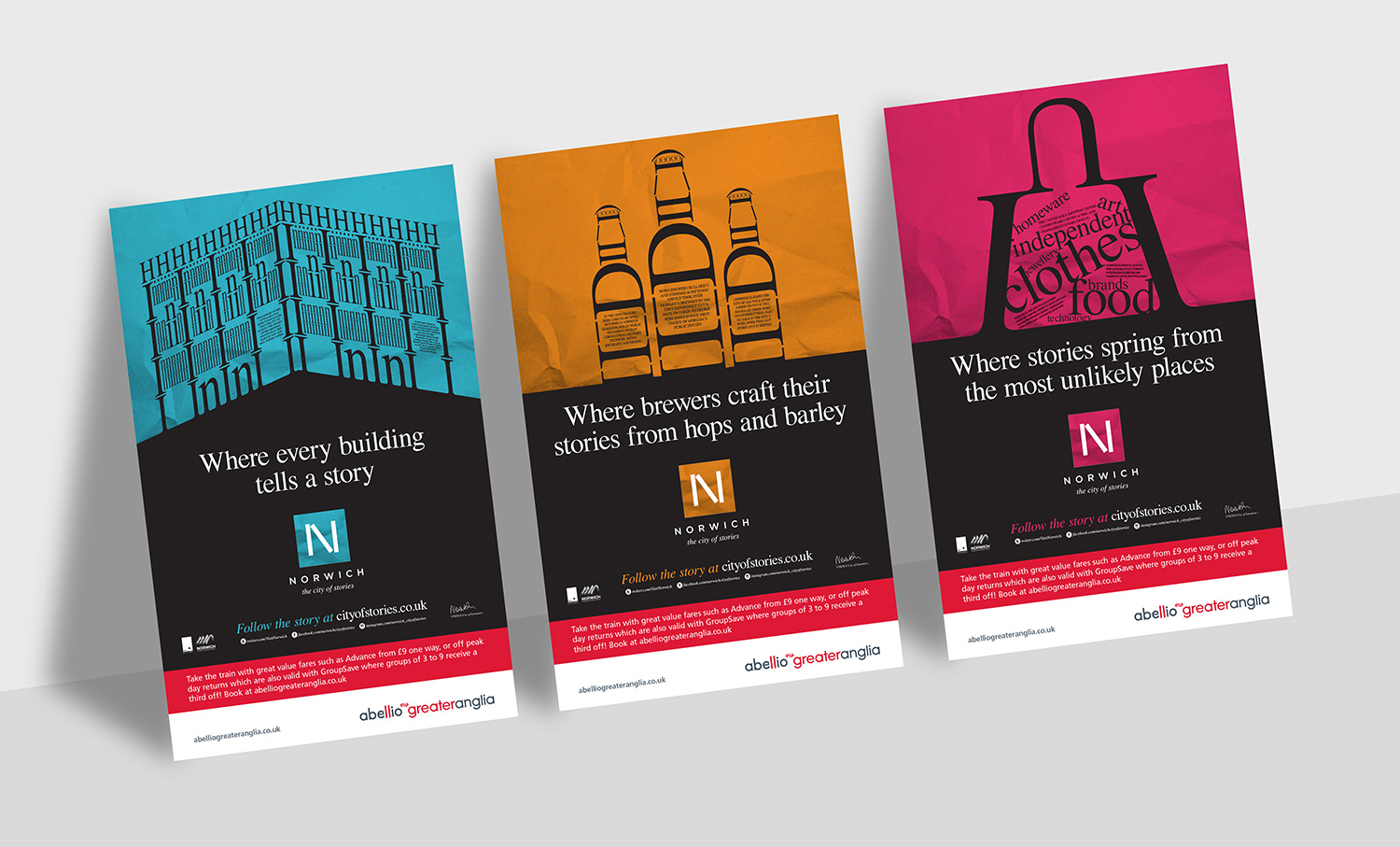 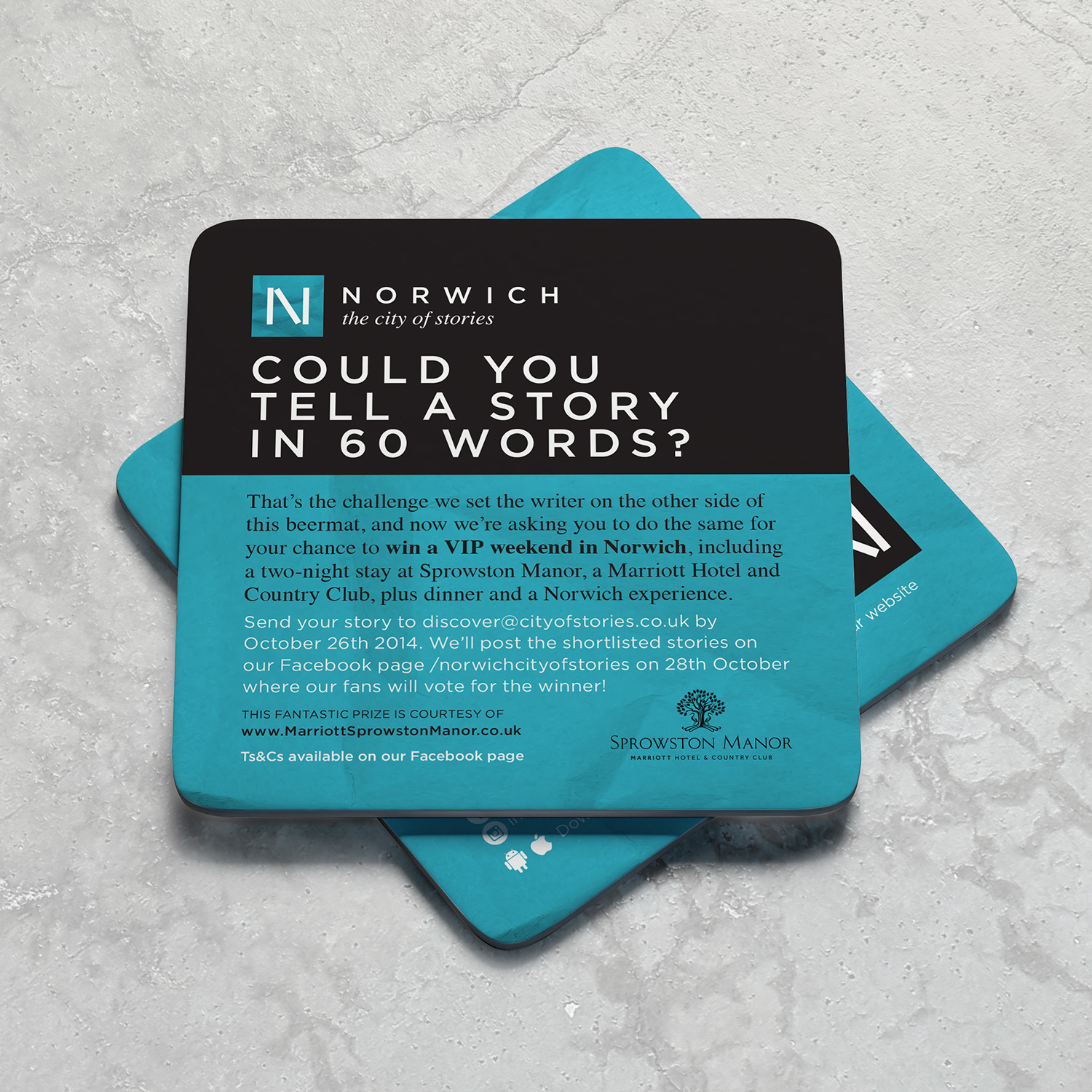 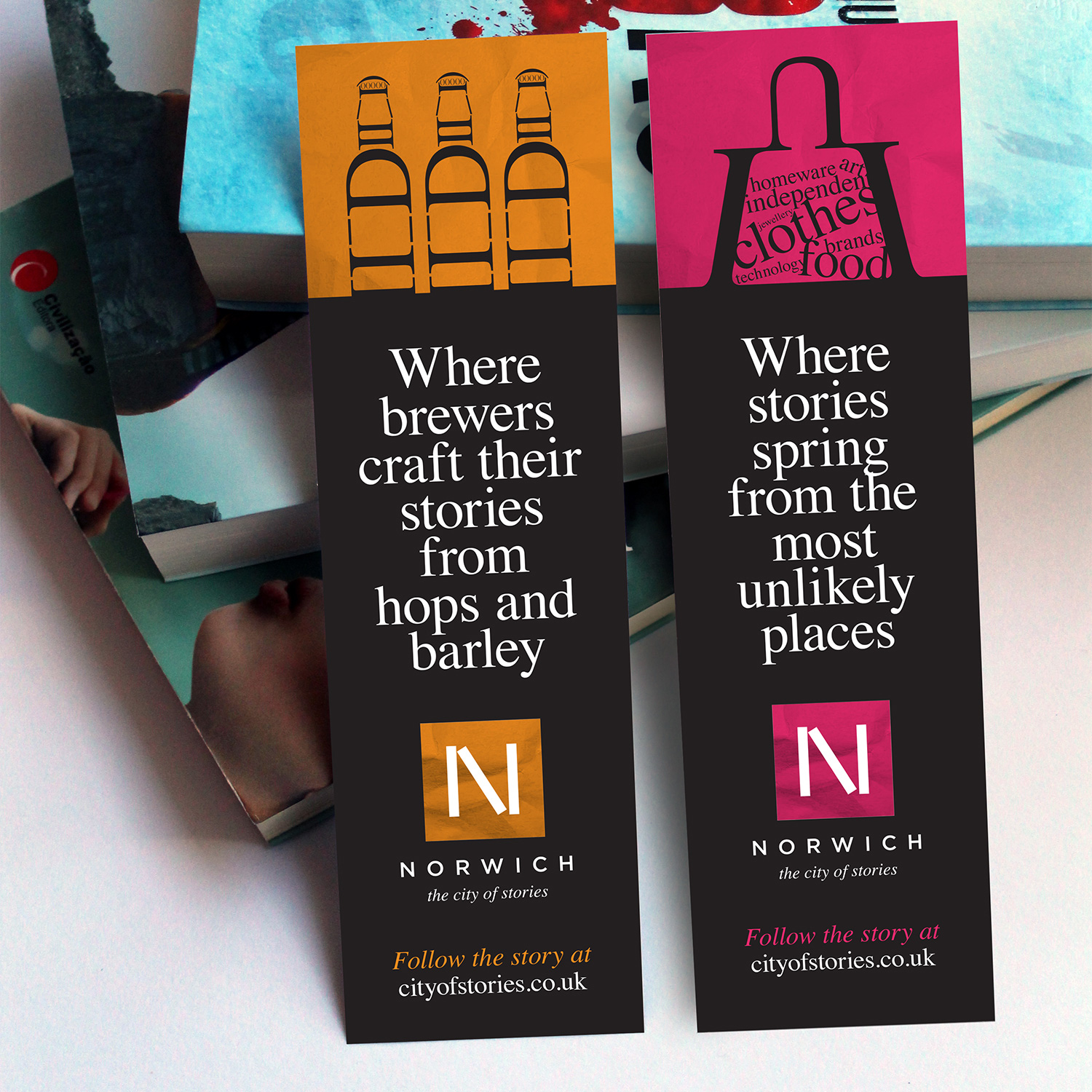