Imagine this scenario: on a table you have three items, a candlestick, a book of matches and a box of pins. Your task is to attach the candle to the wall. How would you do it?

As you may expect, a job in the creative industry requires a large amount of imagination. Coming up with new ideas and solving problems for our clients is the backbone of what we do. The above task is a stripped down version of what we face every day: the brief (attach the candle stick to the wall) needs to be solved, but there are limitations: budget, time, strict guidelines (the book of matches and the box of pins).

If you are one of the overwhelming majority, your first attempt will be to take one of two routes. Route 1: pin the candlestick to the wall. Not an awful idea, but you’d need a very thin candle, or a very long pin. Route 2: use a match to melt the wax and stick it to the wall. A slightly more imaginative idea, but it’s unlikely the wax would hold out for very long.

These two routes are what’s known as ‘system 1’ responses. ‘System 1’ is our unconscious, reflexive thought process. Your brain sees a task, takes it at face value, thinks: “we must take action” – and away you go. It’s difficult to override a ‘system 1’ command, as to use its counterpart ‘system 2’ requires concentration. In fact, ‘system 2’ essentially is concentration.* 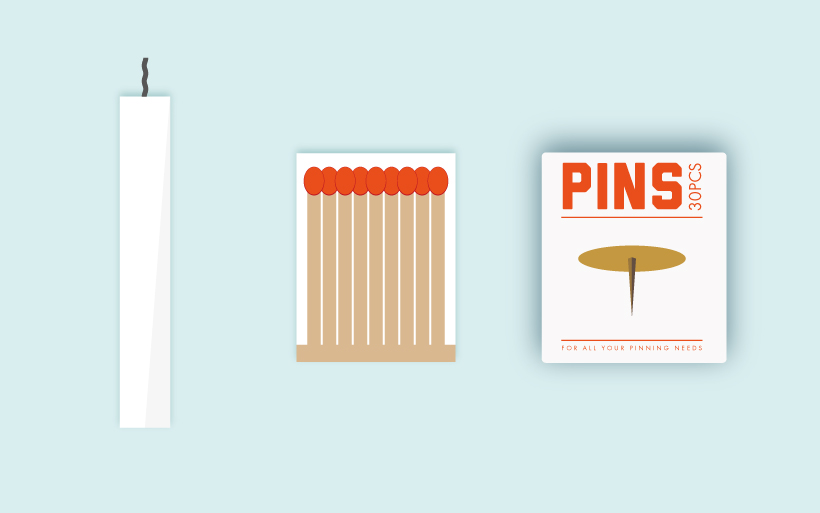 For those of you who managed to engage your ‘system 2’ and override your reflexive ‘system 1,’ your route would have been a bit different. Firstly, instead of rushing straight in, you would have taken a step back and thought about the options. You would have looked at the tools available to you and thought how best to use them. And you would have settled on the best answer, which is as follows: remove all pins from the box, pin the box to the wall, stand the candle up in the box. Then, either stick a pin through the bottom of the box into the candle, or melt the bottom of the candle and stick it down to give some support. Voilà, a lovely new light feature.

This task has been tried and tested under different conditions, and the majority of subjects go for one of the first two options first. Interestingly, with some environmental priming (something as simple as seeing a picture of a light bulb or photograph of a famous thinker before attempting the task) the subjects become more creative with their solutions.

One of the first steps to achieving better creative thought is learning the limitations of reflexive thinking. Once you’re aware of  ‘system 1’ it becomes easier to override, distancing you from the problem and giving you a better insight into the possible solutions.

*Further reading on ‘system1’ and ‘system 2’ – ‘Thinking, fast and slow’ by Daniel Kahneman