Has John Lewis just shown us what we are all doing wrong?

Man on the Moon is John Lewis’s tearjerker for the year; and it’s great that they are supporting Age UK – a charity close to Spring’s heart. 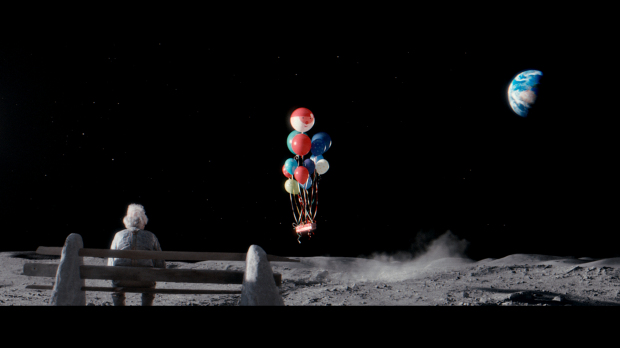 The simple fact that Lily, the girl in the ad, cares about the man on the moon is lovely. And the quality of the piece cannot be denied. It’s beautifully planned, immaculately shot and with a suitably emotional musical backdrop.

But it’s left me feeling queasy. Age UK Suffolk’s 2015 campaign has been called ‘Shine a Light on Loneliness’ – it’s been a great success and I do not believe that even once has the solution to loneliness been a present. Even the present of a telescope that allows you to make eye contact with someone.

If someone has no company for a month, what they need is company. John Lewis is in the business of selling, and the sentiment is less grasping than many other retailers’ Christmas messages, but it’s still a sad thought that a present could even hope to replace people.

Spring has donated 2016’s campaign to Age UK Suffolk and our goal with that campaign is to break down the barriers between generations, to open up the routes to conversation and to create opportunities for people of all ages to meet and get to know each other.

We’ve created a film, too. It’s very much simpler than this, and something which Spring, people connected to Age UK and other creative businesses have either donated their time for or worked at hugely reduced rates. We know that our film will be a catalyst for change – and it receives its own first airing on the 11th November.