HS2 – the planned high speed rail line that links the West Midlands and London – has recently set out its plan for a ‘green corridor’. 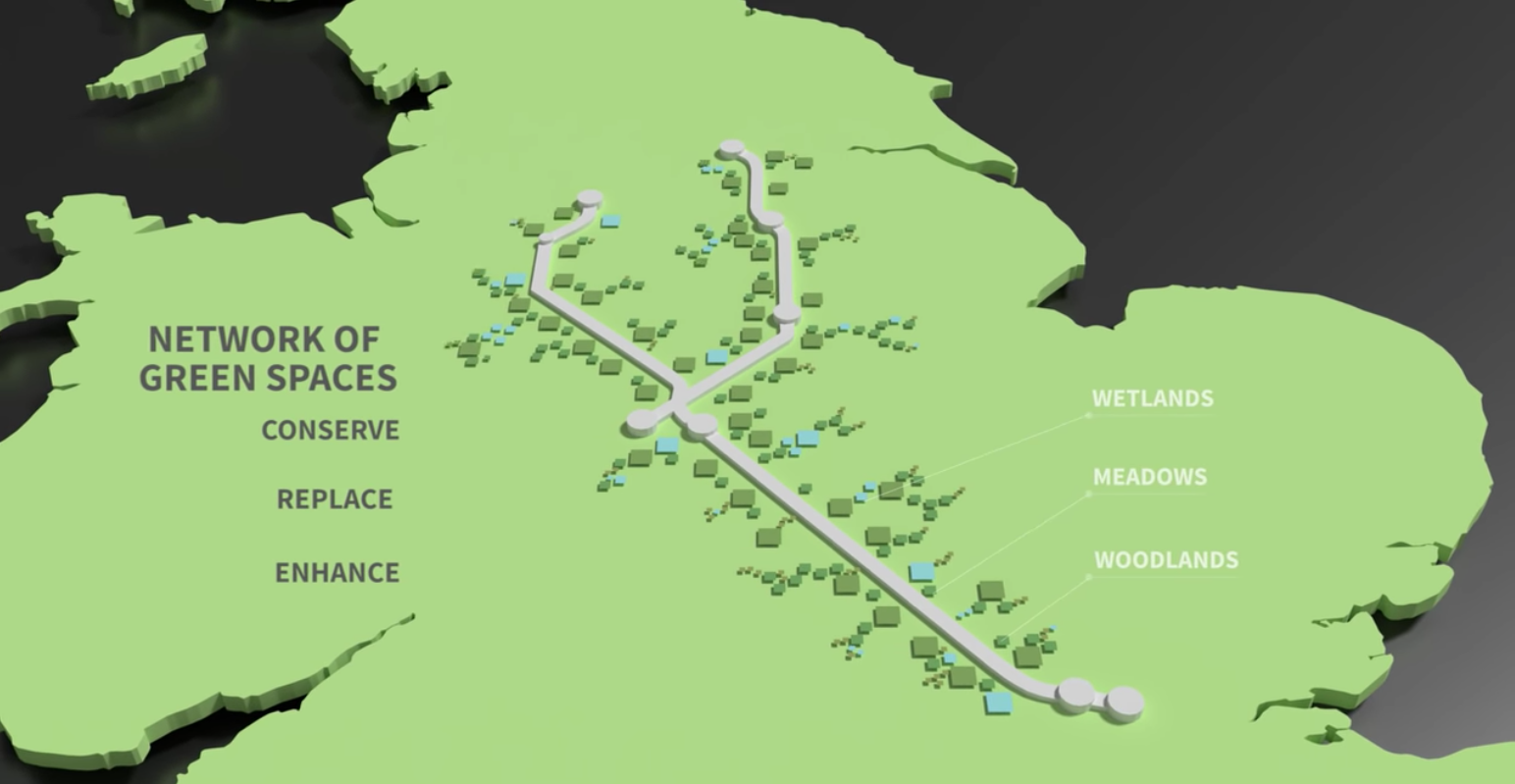 The vision is to create a strip of land along the route which will support local wildlife, create new woodlands, meadows, wetlands and habitats, and integrate the railway into the landscape and local environment.

From bat houses to new ponds for newts, 7 million trees and shrubs, and including public parks and amenity spaces, this is designed to set new standards for how Britain and the rest of Europe builds the next generation of major infrastructure project.