The Independent has published a great article about Norwich’s literary credentials, spurred by the City of Stories campaign.

Norwich. What rich tapestry of images and associations does the East Anglian city inspire for you? Does it, by any chance, bring to mind the nation’s vanguard of young literary talent? No? Well, put Alan Partridge out of your head for a moment and consider the fact that Norwich is, by all accounts, turning into the city of choice for edgy authors and publishers in the UK.

Ever since the 14th century, when Julian of Norwich became the first woman to pen a book in the English language (Revelations of Divine Love) Norwich seems to have been quietly building its literary credentials. With those credentials now established, it’s satisfying to see a city rise above its stereotype to challenge – and maybe even undermine – the capital’s self-image as the centre of all things literary.

The much-maligned region of supposedly unending flatlands and motorway angst has in recent decades been a UNESCO City of Literature, and become a hotbed for the talent that arises out of University of East Anglia’s creative writing programme, which traces its alumni to Ian McEwan (among the first graduates of Malcolm Bradbury and Angus Wilson’s new course in 1971).

It’s also home to five per cent of the nation’s independent publishers (or was, as of 2012), including Galley Beggar Press, which published Eimear McBride’s Bailey’s Prize winning debut, A Girl is a Half Formed Thing, this year; it has a dedicated (Arts Council-funded) Writers’ Centre; a crime festival will launch in the city next month; this month’s ‘City of Stories’ campaign will use the city’s architecture to explore its poetry, music and fiction. 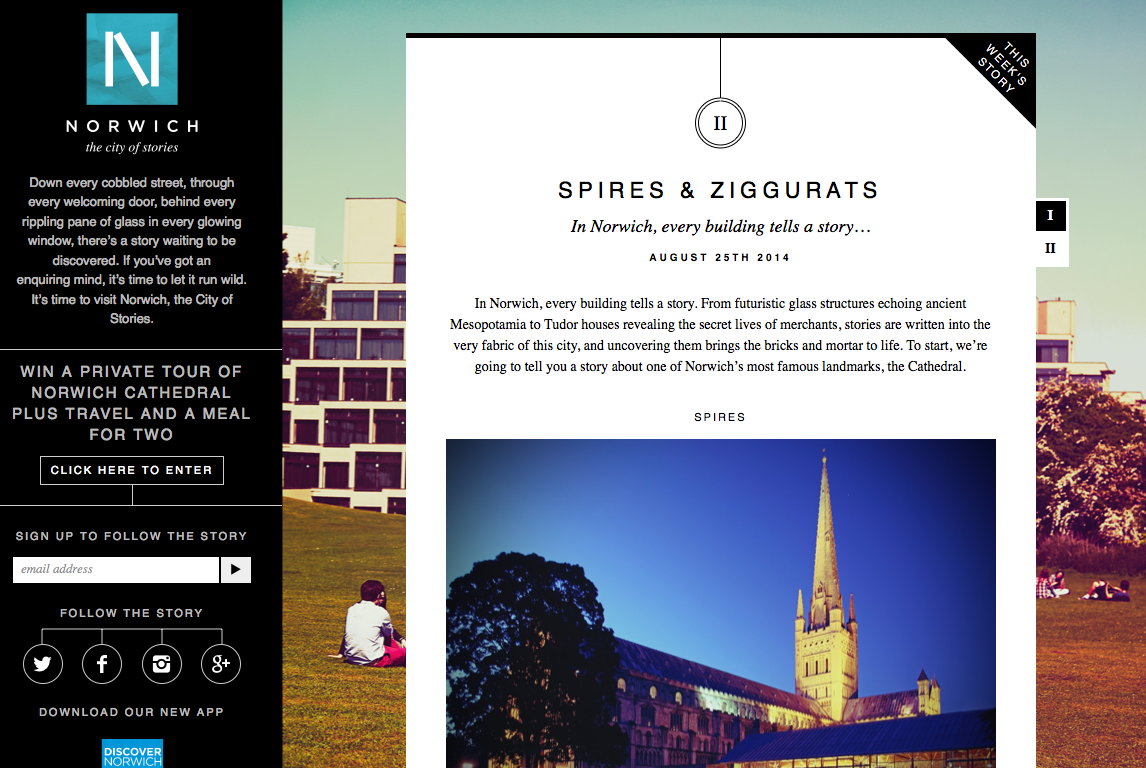 Sam Jordison, co-founder of Galley Beggar, said the decision to base the press in Norwich was about the vibe, and also economy: “I was attracted to living there because there seemed to be so many writers around, and so many people doing interesting things based around writing. There’s the Writers’ Centre, which is superb at both supporting local talent and bringing internationally renowned writers into the city. [But] crucially… it’s much easier for writers to live in Norwich without facing penury.”

Venues like the Book Hive, an independent bookshop that holds quirky literary events up front and stocks stuff that isn’t an Amazon click away in the back, have added to the buzz. Graduates from the UEA course who have stayed on or kept in close contact, such as Cathi Unsworth, have given it its sense of “scene”, as have writers like Jon McGregor, who incorporate the region’s peculiarly melancholic landscape into their fictions.

Debut novelist, Sarah Perry, whose book, After Me Comes the Flood, was partly set in Norfolk and published this summer, spoke about Norwich’s inspirations: “I walk around thinking, ‘Why would anyone live anywhere else? There are writers everywhere’.”

A few years ago, the Turner Prize took its final show out of London for the first time, to Liverpool. It was a symbolic gesture that said the capital needn’t be the only city where artists congregate. We’ve seen the London arts scene change – even dwindle – since its YBA glory years. So many artists now work out of studios in Amsterdam or Berlin. Could Norwich be the literary scene’s Berlin? Maybe not – it needs a bit more graffiti for that. But I’d enjoy seeing London’s literary world tramp up there for a Man Booker Prize ceremony nonetheless.