Spring’s ‘glorious’ website and campaign for Visit Suffolk have been awarded Bronze in the 2014 Roses Creative Awards.

The site – which has reported great results in its first four months – has been described as a game changer by the tourism industry. Features include fully responsive design, an interactive bespoke map and rigorous ongoing content strategy. 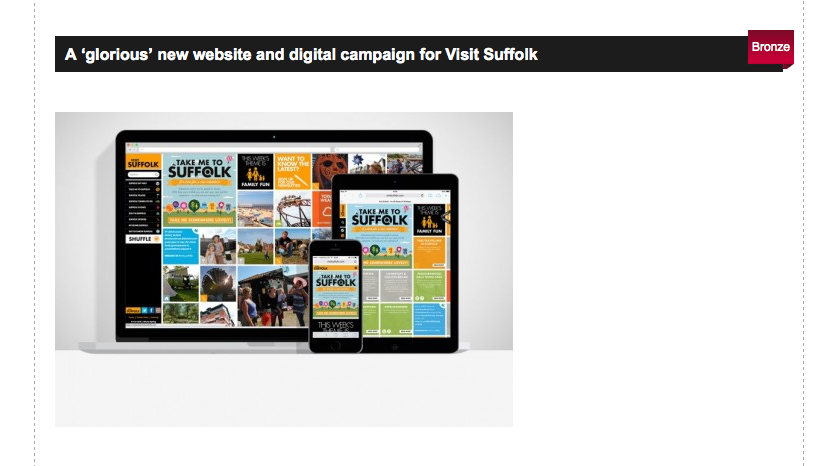 The site and campaign also received a nomination for the Drum Design Awards. 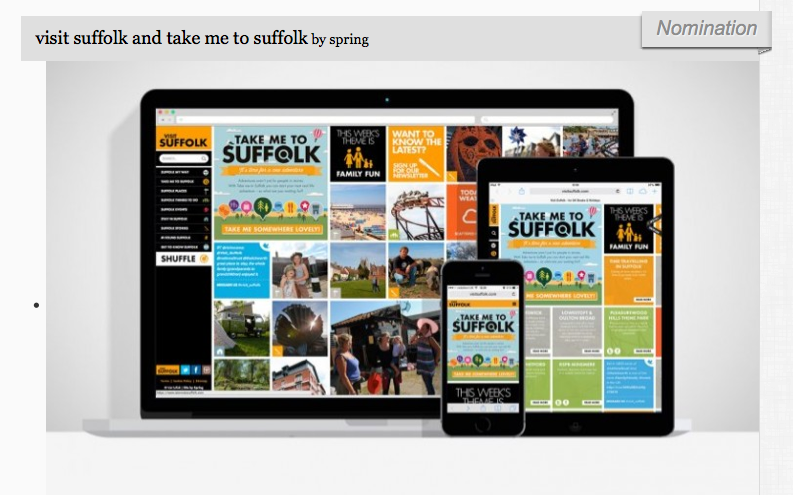